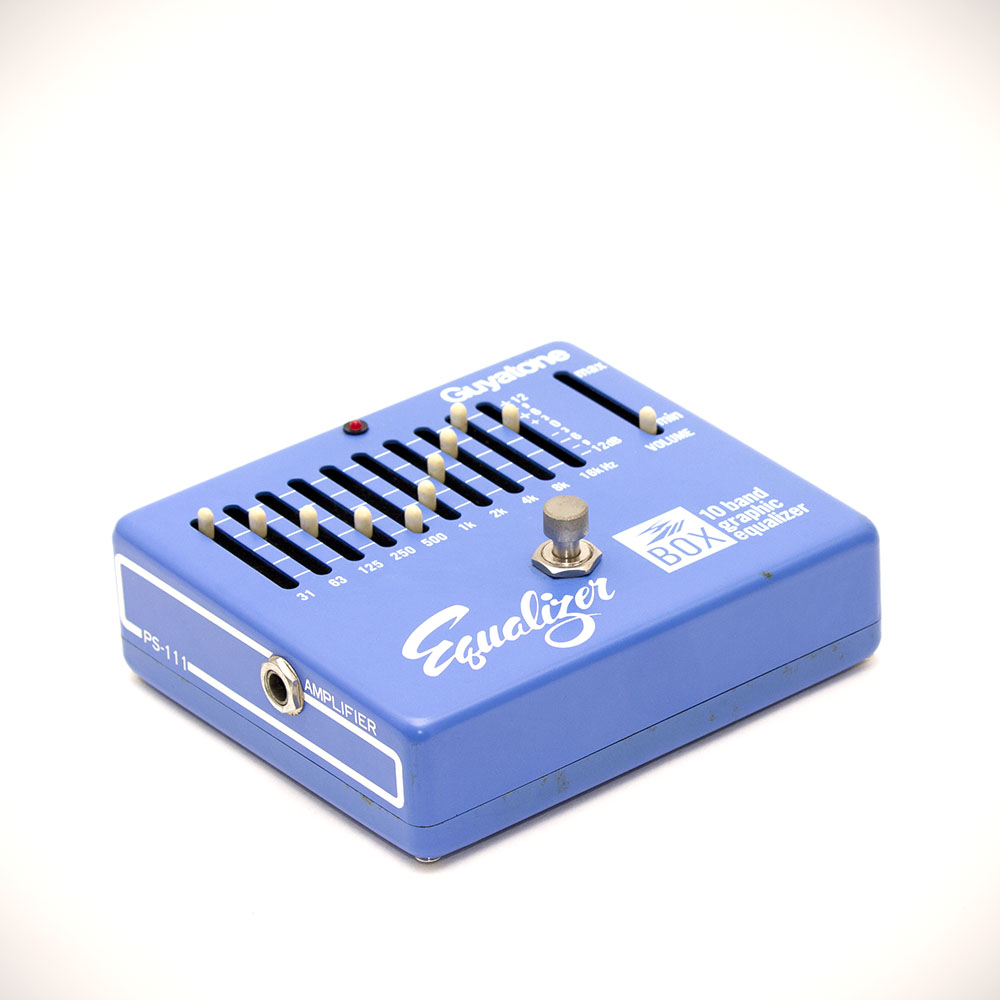 For decades, starting in 1933, Guyatone was a moderately successful Japanese manufacturer of electric guitars and various guitar paraphernalia. Their biggest seller was the Volume Box: an effects pedal that allowed electric-guitar players to change the volume of their instrument on stage -since the sound man never got it right. The Volume Box was an oblong metal box with a slider to adjust volume and a foot switch to turn the box on and off (though users always kept it switched on for the duration of their performance).

Then, in the late 1970s, Guyatone’s moderate success came to an unexpected end. It all started when someone in the supply department made a tiny mistake in their annual parts order. Instead of the usual 100,000 sliders they ordered 1,100,000. Maybe the colon preceding the number was smudged into a 1, maybe they started writing but got interrupted after the 1 and forgot later on, maybe they were a disgruntled worker on their last day, looking for revenge. Whatever the case may be, Guyatone was stuck with a surplus of sliders that would take ten years to get rid of. The company seemed destined for bankruptcy. 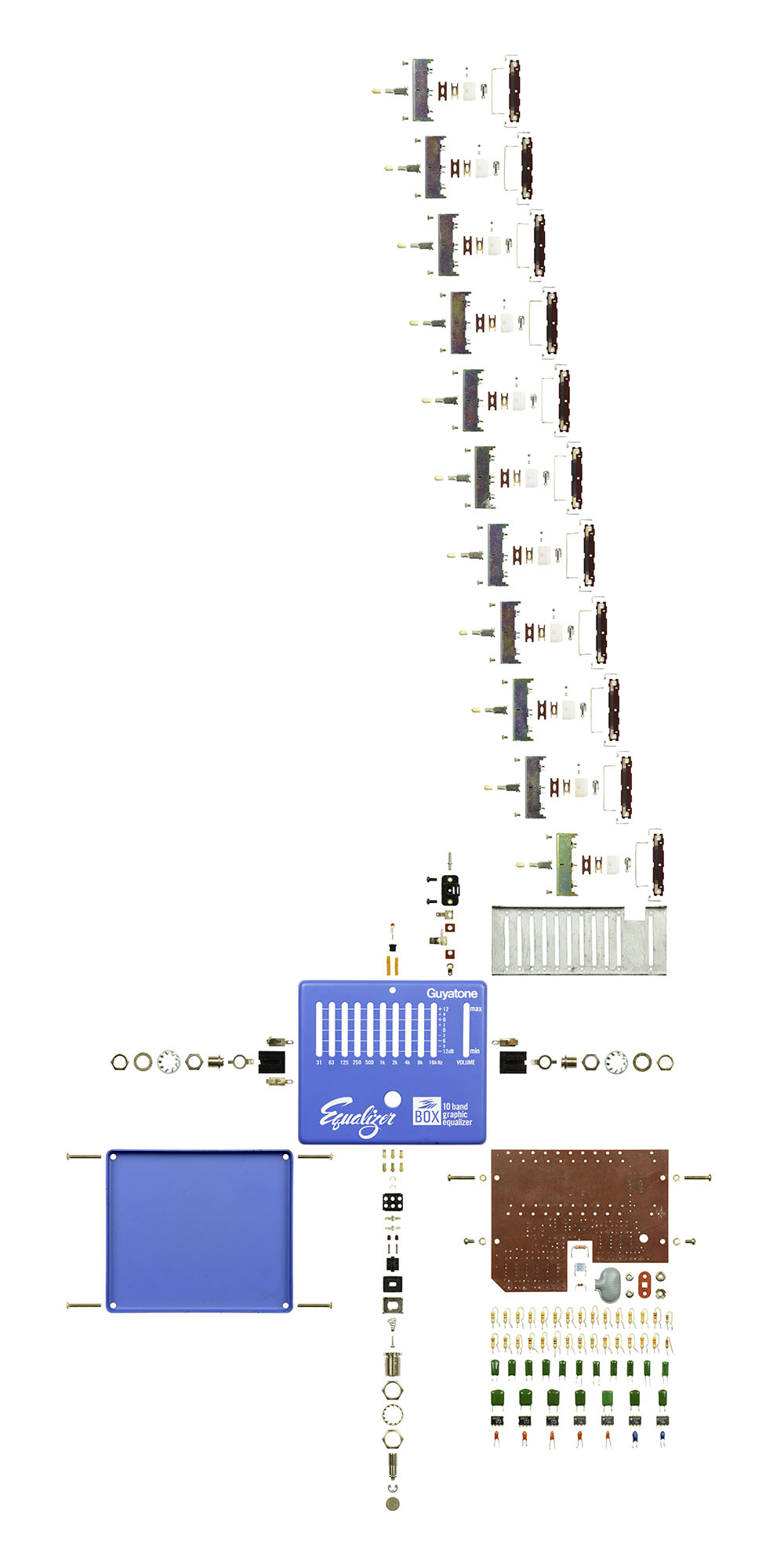 Until an old and wise factory worker came up with a rescue plan. Being old and wise, he realized that people in general, but musicians in particular and guitarists in even more particular, like to feel in control of things. And a Guyatone Volume Box with not just one, but eleven sliders would give them eleven times more control, or illusion thereof. And so the ‘Poly Slider Not One But Eleven’ was born (but since this official name didn’t fit the box, even at eleven sliders wide, it was shortened to PS-111).

The company’s success, moderate until then, suddenly became immense. The first 100,000 PS-111’s were sold within six months and in 1981 Guyatone presented an improved model, the Poly Slider Not Eleven But Twelve, the PS-1112. Since then, they’ve been adding an extra slider each year, and each year they’ve sold more boxes. No truly professional and/or pretentious guitar player could possibly make do with an outdated model. The current model is the PS-4849 and there’s no end in sight, since you can never have too much control, or illusion thereof. 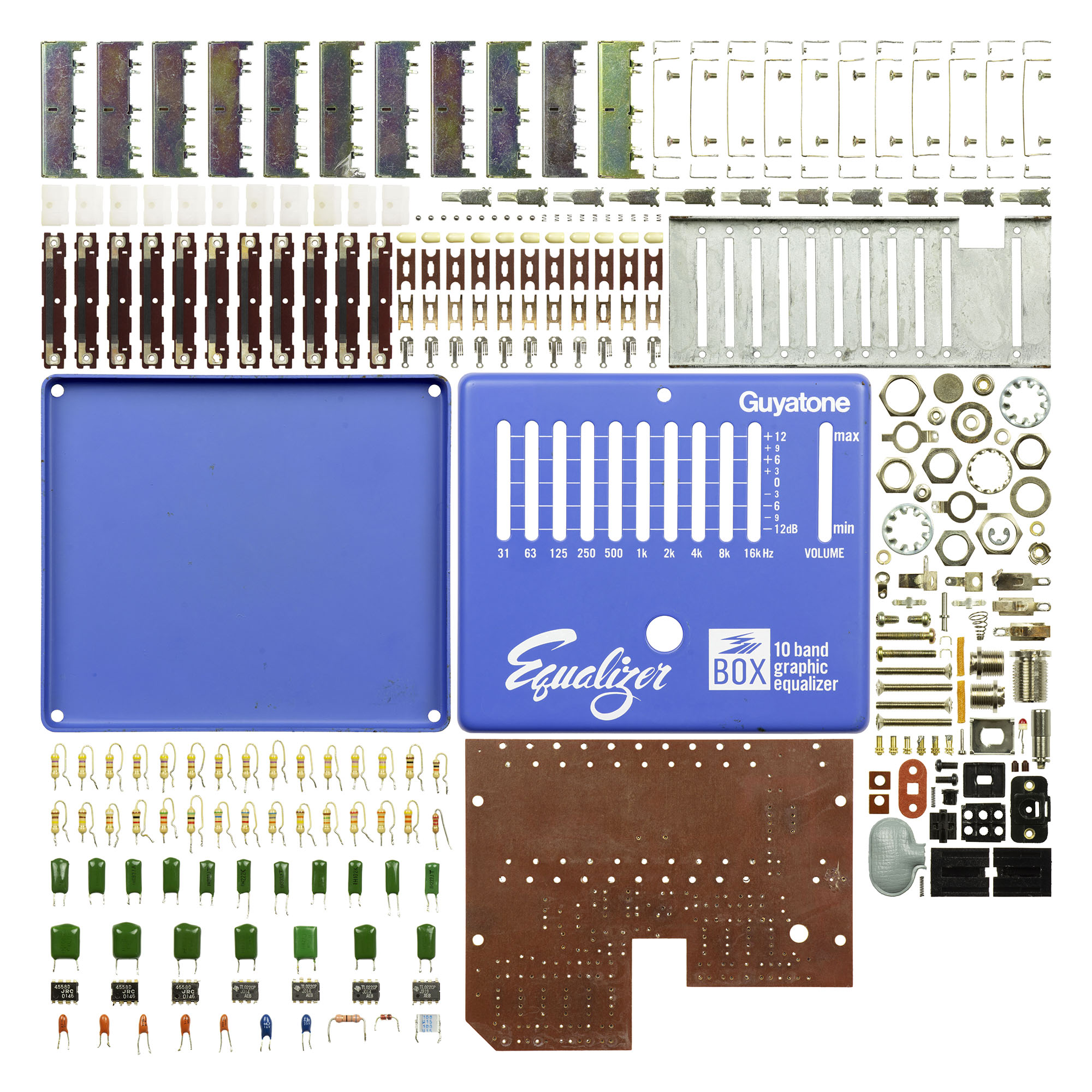 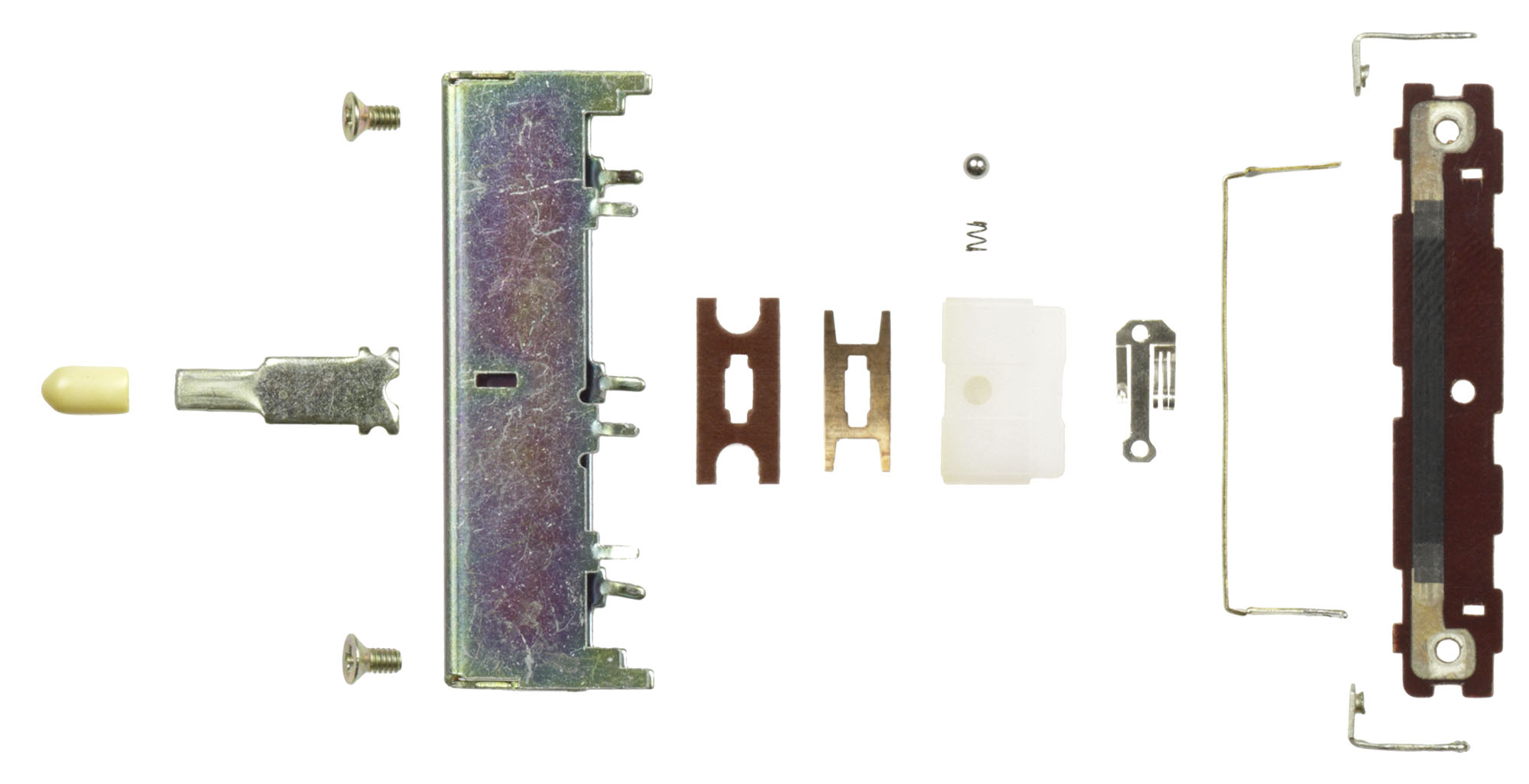