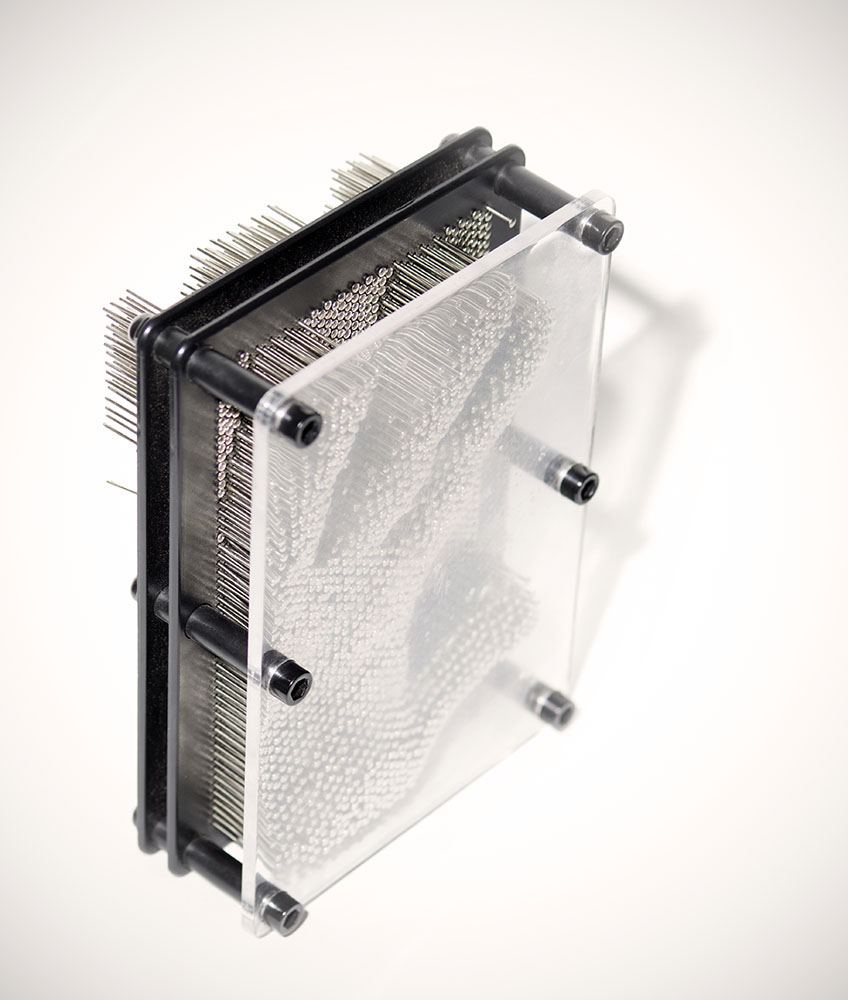 The Devil’s a sneaky bastard (though technically, he has no parents). Ever since his early days in the Garden of Eden, he’s been plotting to pervert and enslave man. His latest trick was the internet. Initially, it was intended as the digital era’s apple: a means to drown man in a world-engulfing sea of knowledge of everything and all, in order to ultimately make him renounce his God.

The Devil’s always favoured a two-pronged approach to pervert man, offering knowledge as well as ways to waste time. It’s generally known as the pin cushion strategy, with sharp pins to torment and a soft cushion to comfort. Also known as carrot and stick or good cop, bad cop. 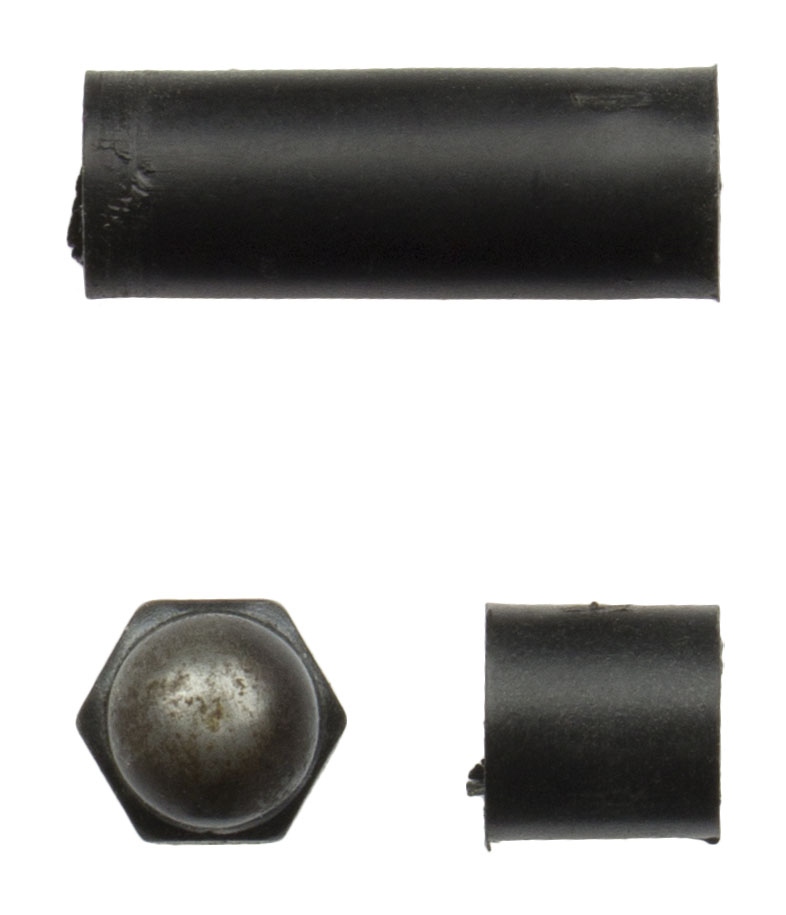 One of his best weapons in the time-wasting arsenal –before the glorious days of the internet- were so-called executive toys: toys to distract grown-ups from fruitful pursuits. Possibly his best toy in the executive department was the Pin Art. He introduced it to mankind in the 1980s, through his unwitting vessel Ward Fleming, who thought he’d been inspired by the Pin Screen, as developed in Paris in the 1930s. 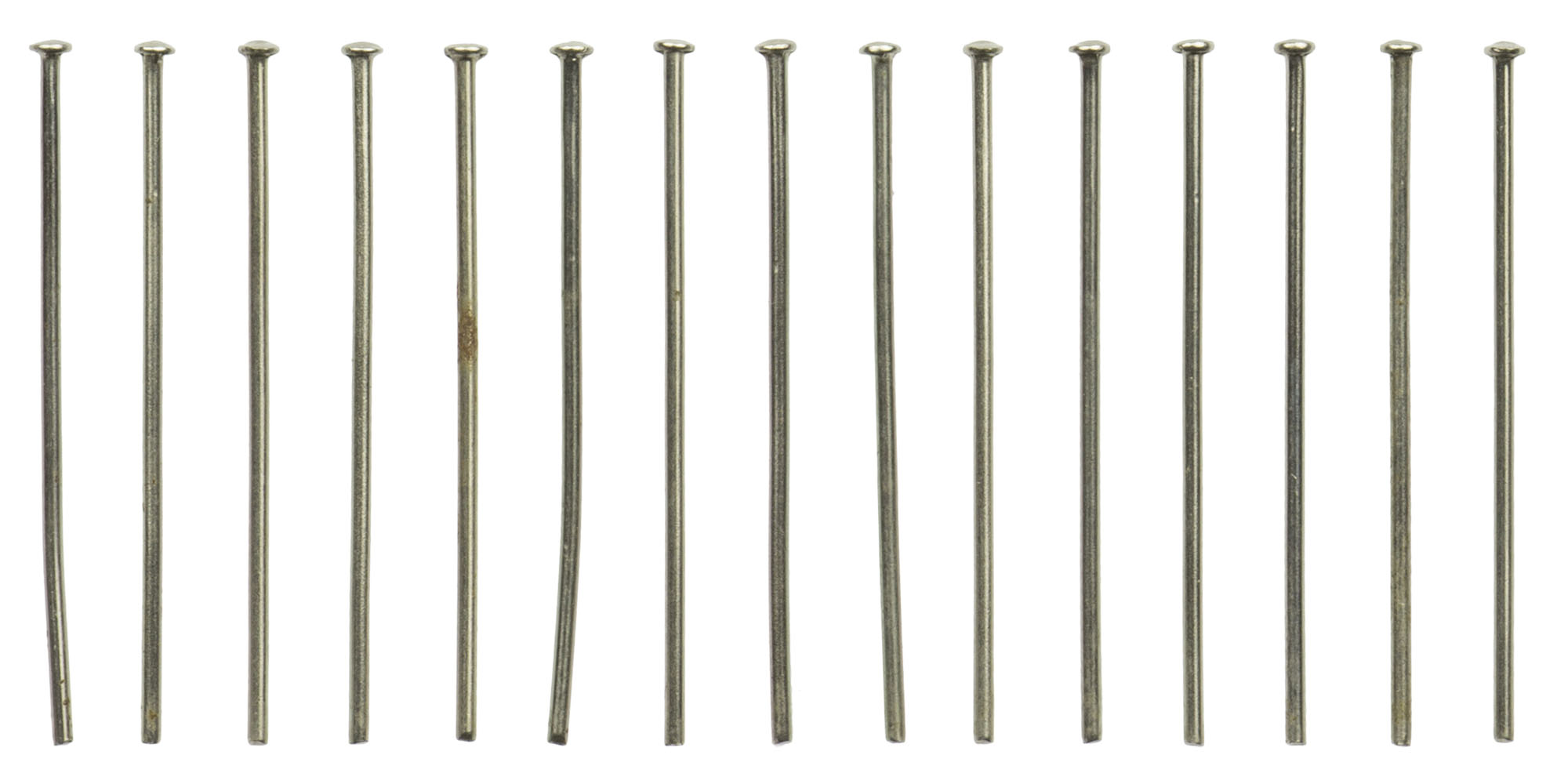 Most executive toys, including the Pin Art, have an awfully short life expectancy. What seems a must-have when seen on a colleague’s desk, always turns out pretty boring pretty swiftly. No owner, however, would ever admit to having wasted time and money on it by discarding it or selling it on. This behaviour has always perpetuated the apparent must-haveness of executive toys.

But soon –in Supreme Being terms- all this will be moot. Already, the internet is responsible for 87 percent of time wasting worldwide. Within a couple of decades, all the world will be digital. Then, the devil can sit back on his virtual pin cushion and watch the endless stream of idle people pour into his domain.

This deconstruction consists of 2187 parts, 2160 of which are pins. Yes, each and every pin has been processed separately (photographed in sets of eight, though). More about this process can be seen and read in Pins, Pins, Pins.

An alternative arrangement, with all pins side by side, resulted in the discovery of an unexpected limit. Apparently, Photoshop’s image size is limited to 300,000 pixels in any direction. So I had to compress the image somewhat in order to fit, unfortunately. The result can be seen below –though its true splendour could only be appreciated once printed, at 21 by 1 metres.