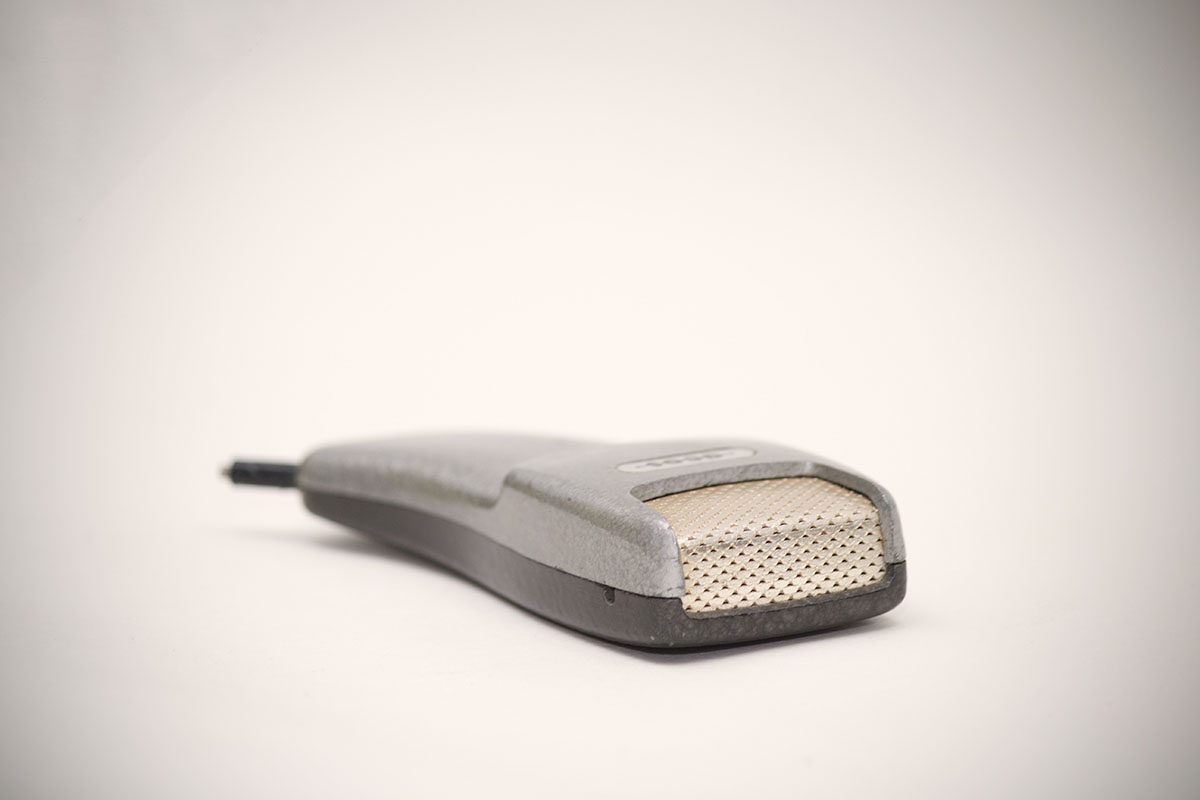 The Sound of Shaving 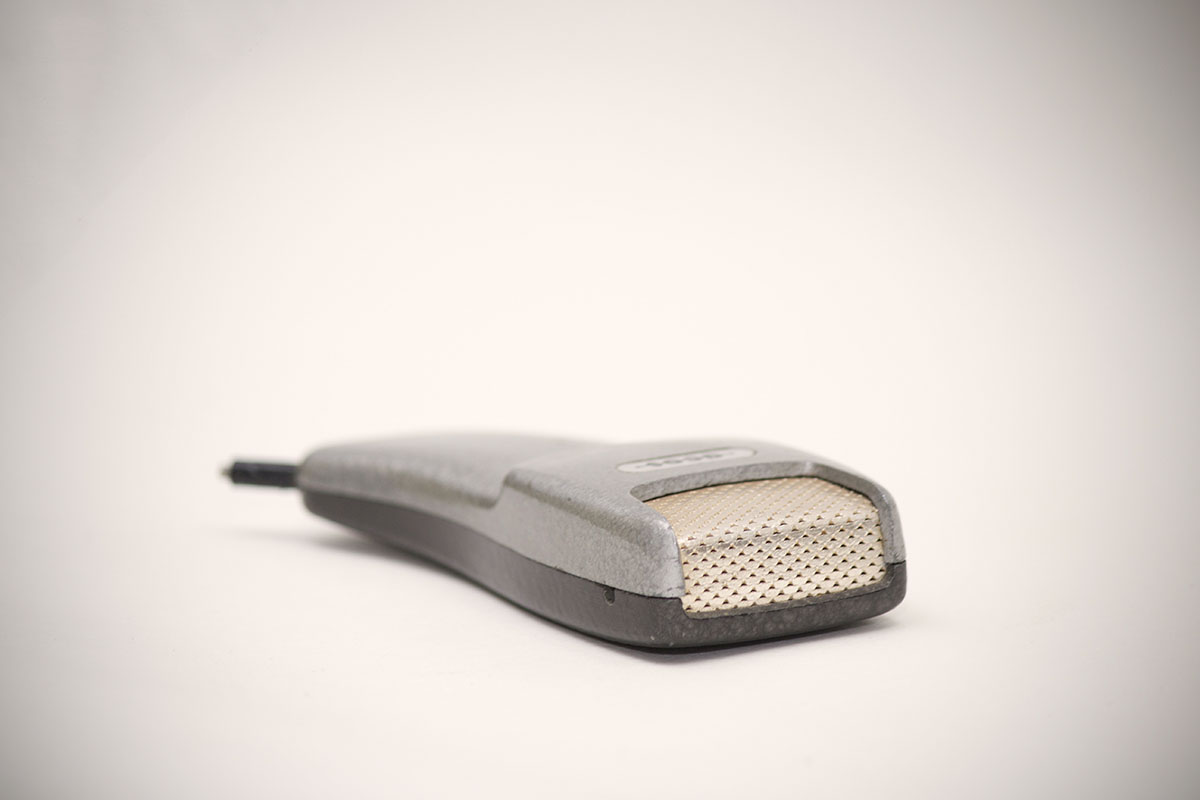 I have quite the collection of electric shavers, patiently waiting to be deconstructed. Or quietly, at least. Maybe they’re screaming inside, who knows? ‘Release me, deconstruct me!’ Or ‘no, I’m not ready to be deconstructed yet.’
Anyway, even if –big if- I manage to resist the temptation to buy more, it’ll take some doing to get them all done before the end of the decade. And it will be nigh impossible if I continue to mistake other items for shavers. Like the ACOS.

In my defence, it was lying in a sea of True Shavers when I bought it, and it does somewhat resemble the archetypical form of a shaver, with its handholdable body and perforated head. I remember I did find it an incredibly compact design, certainly for its apparent age. How did they fit an electric motor in that flat body?! Turns out they didn’t.

It is, in fact, a microphone. Even the experts at Old Mics don’t know much about it, or its manufacturer. There isn’t a type number or name to be found on any of its twelve parts; just ACOS –and even that is crossed out. According to one other source I found it was predominantly used with ham radios. Both sources indicate it’s a good quality microphone, so why it’s shrouded in such mists of obscurity, we’ll never know. 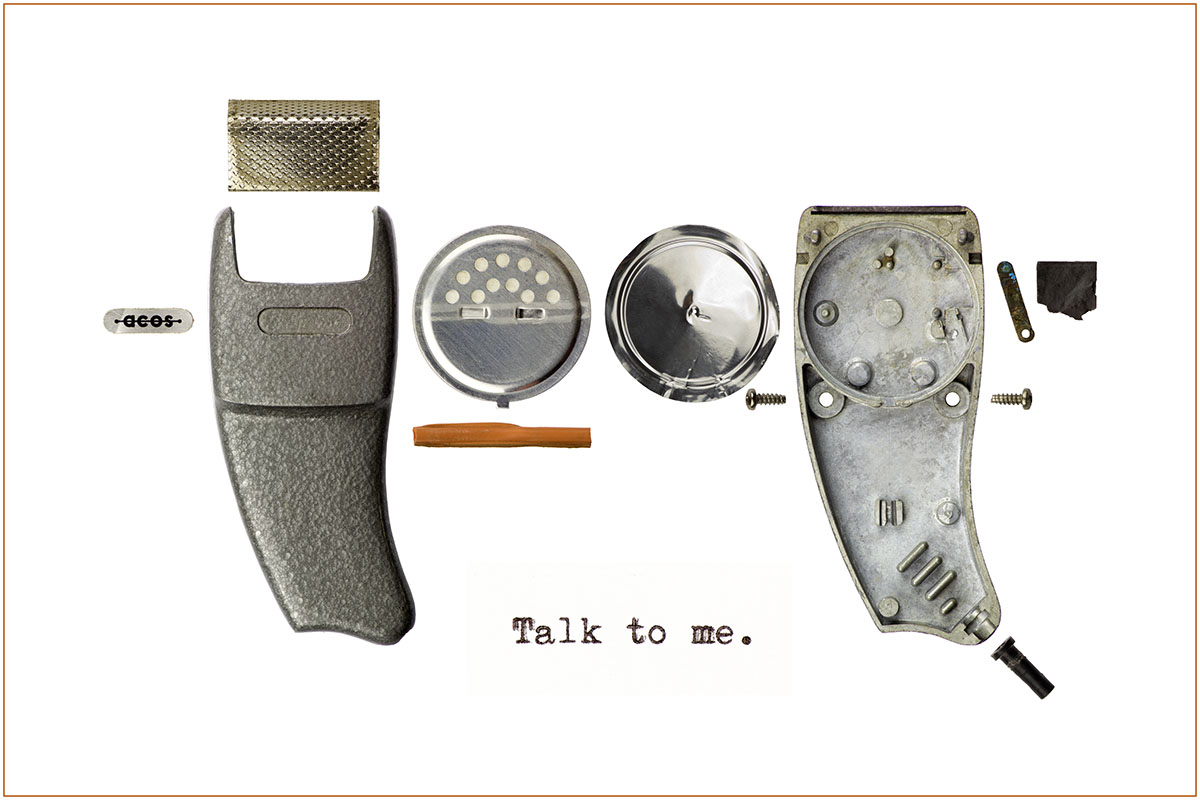 For those of you sobbing in disappointment at not finding an actual shaver here, I’ve included some I did earlier. Some of them waaay earlier, which explains why their quality is somewhat lacking. In the words of the 20th century British philosopher Benjamin Hill: learning all the time.

Next week: one more shaver –a True Philishave again- and then it’s on to something else yet to be decided. Something a little more challenging, perhaps. I hate challenging. But they say it’s good for you. 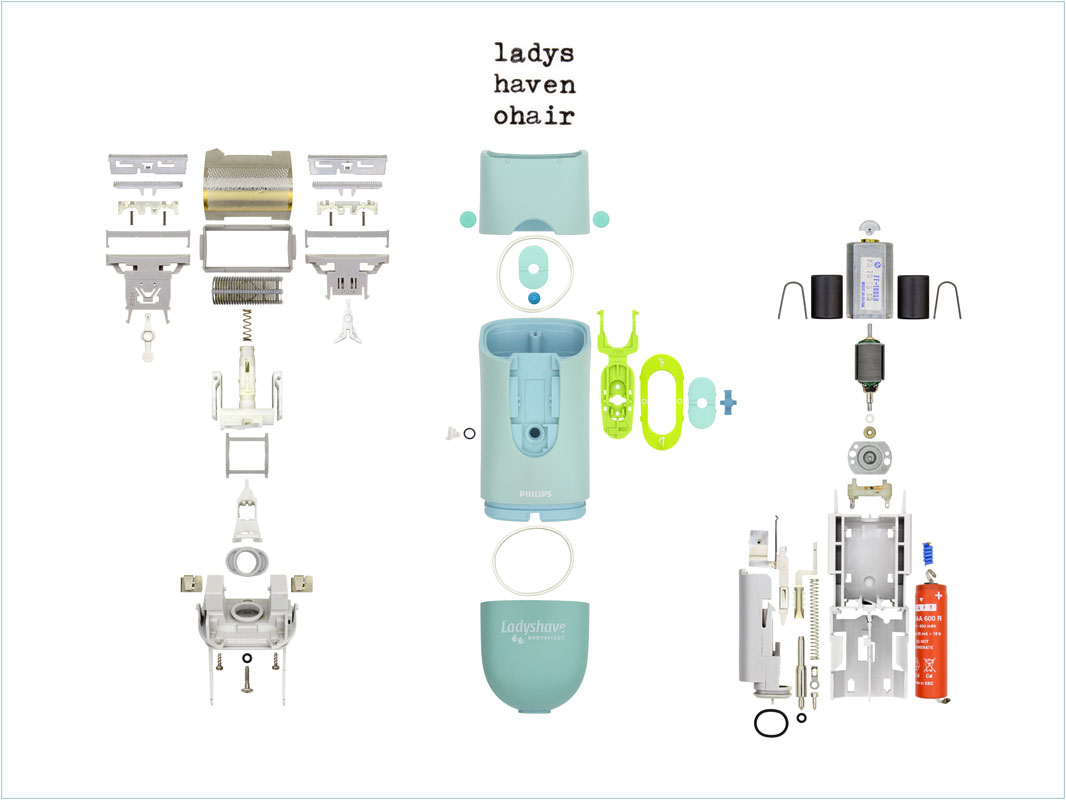 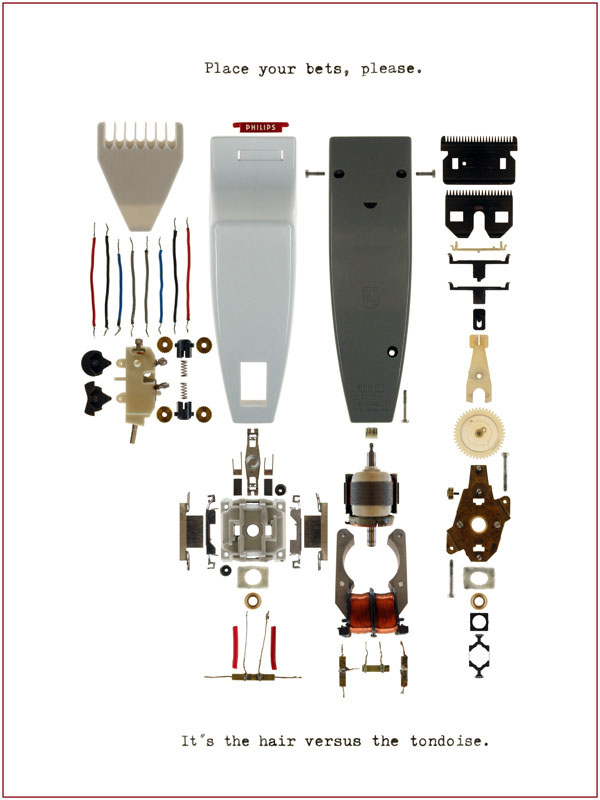 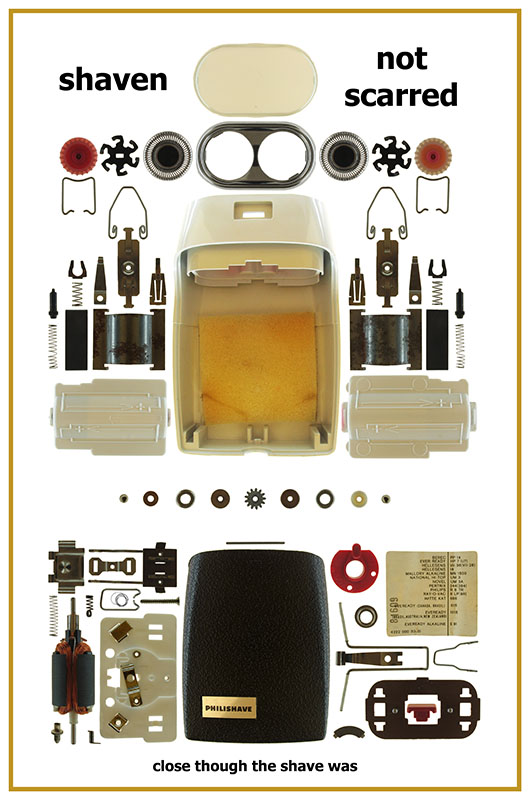 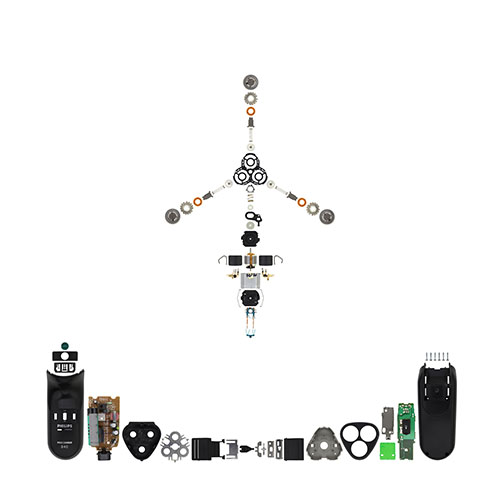