Every once in a while I bite off more than I can or care to chew. In which case I tend to spit it out into a garbled mess of parts that barely resembles a structured Deconstruction. This has already happened twice with film camera’s. They’re pretty ingenious little machines, with loads of tiny parts. The results (or failures, if you like) can be seen below. 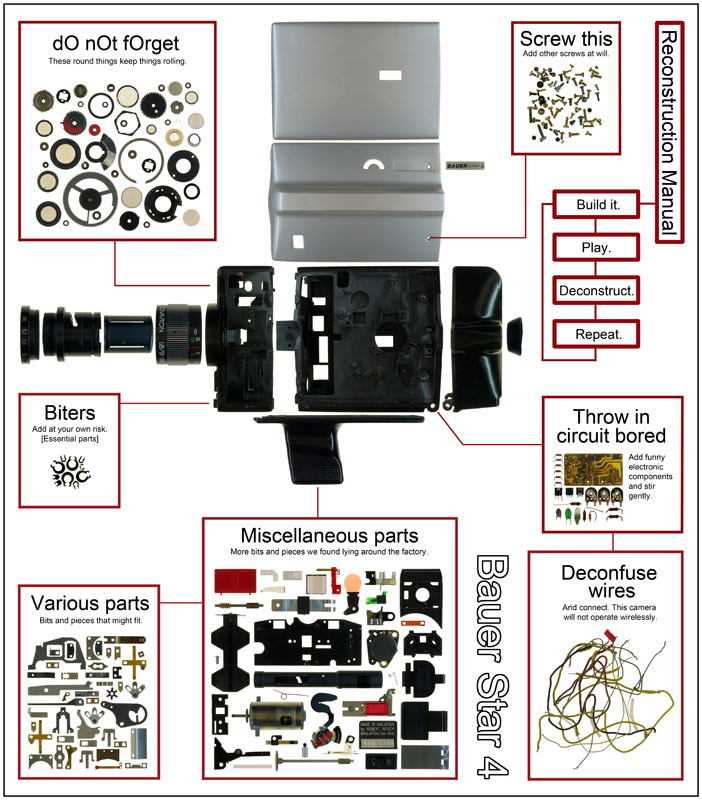 But as it’s generally agreed that three times is the charm, I’ve begun deconstruction on a Soviet film camera, the Quartz 5. It’s built like a tank, in true stereotypical Soviet way. Although I must admit that the addition of ‘Made in USSR’ does take away some of the charm. Did the Soviets actually export their beautiful machines to the West? I find it hard to believe. But then again, I’m no historian. Just a deconstructionist. What I love most about this camera is that it’s fully self-reliant: it is spring driven, like an old alarm clock and doesn’t require any kind of battery power. Even the light meter is autonomous, based on a photo sensitive layer of selenium (or so I read on the internet; I’m no chemist either).

The current status of this project is ‘Under Deconstruction’. I’ve taken it apart and photographed all the parts. Now it’s ‘just’ a matter of reconstructing the thing in 2D again… So far, I’ve done the viewer & prism bit (seen here), the lens, the light meter and the grip -which were all relatively straightforward. Now, to descend into the metal hell of parts that is the body… 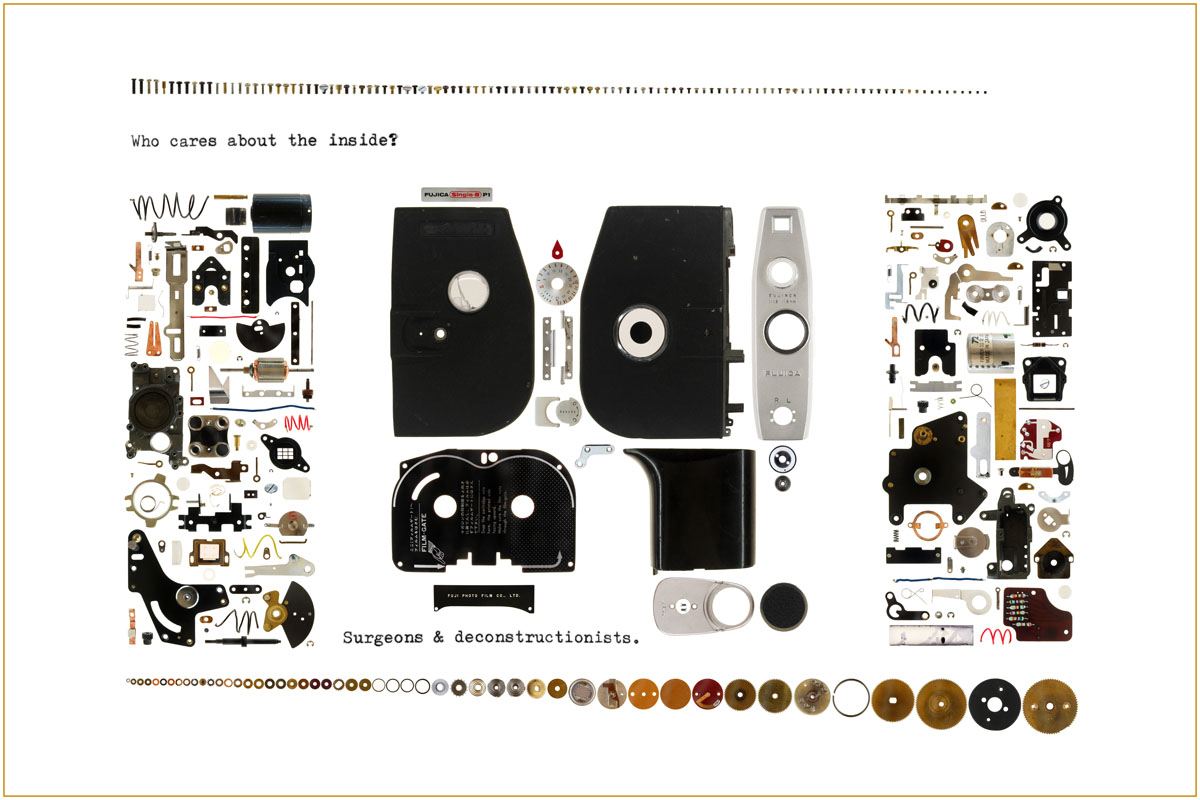